At Mobile World Congress in Barcelona today, Mozilla gave us a crucial first look at two smartphones running the upcoming Firefox OS platform – the ZTE Open and the Alcatel One Touch. It’s been known for a while that both OEMs were developing hardware for Mozilla’s latest venture, but today marks the first time that both firms have revealed specific devices to the public.

The confirmation of both handsets also follows the news that both Huawei and LG would be joining Alcatel and ZTE later this year as hardware partners for the new mobile platform.

Details are scarce on the ZTE Open at the moment, but rumors point to a Cortex A5 processor and a 3.5-inch HVGA touchscreen display. Both of these points would seem accurate given our time with the device; it’s small in the hand and the screen resembles those found in Android devices several years ago.

The Alcatel One Touch, meanwhile, is a little more familiar given that it’s based on the Keon reference design. It houses a 3.5-inch screen, albeit in a slightly larger handset, as well as a 1GHz processor.

We took the chance to go hands-on with both devices at Mozilla’s event, and have posted some photos of them in action below:

Mozilla was also announced that the first handsets would be made available to consumers in Brazil, Colombia, Hungary, Mexico, Montenegro, Poland, Serbia, Spain and Venezuela.

Some Samsung Galaxy S III owners are reporting their devices are suddenly being bricked. The phone simply won’t turn on again after it is charged overnight, or after the screen is turned off. 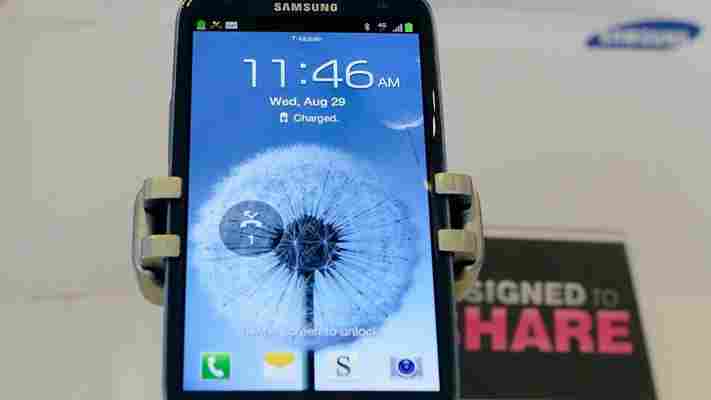 Users are reporting that the mainboards are the root of the problem and that the flash memory is becoming corrupted and failing, though the devices do seem to last somewhere between 150 and 200 days before dying. According to reports, Samsung is replacing them under warranty whether or not people have rooted the devices or installed non-standard firmware, but the company is allegedly using the same revision for the mainboards, suggesting the problem may simply come back in a few months again.

We first saw the issue on Reddit , where a thread has garnered over 350 points and more than 150 comments. The submission links to an XDA Developers discussion started last month that has 64 pages at the time of writing and 635 comments.

Samsung hasn’t officially acknowledged the issue, but users who have sent their devices in to repair centres say they have been told by multiple employees that the issue appears to be happening to many people as of late. That being said, it’s difficult to gauge how widespread the issue is, and the South Korean company likely won’t say.

Here’s another comment from an XDA user who calls himself Vrykyl :

We have contacted Samsung about this issue. We will update this article if we hear back.

Review: 24 hours with the HTC One Mini, small(er) in size but big in promise?

The HTC One came at just the right time for the Taiwanese handset maker: its previous hits were quickly fading into the past and revenues at the company were beginning to flag – having an unpleasant knock-on effect on its share price .

But with the HTC One came positive reviews and levity from Samsung-dominated designs on Android, previous financial results have been a little too early to say just how much of an effect its had on the bottom line but by breadth of stockists at least, it’s HTC’s most successful handset to date.

All this is to say, the HTC One Mini has a fair amount to live up to.

It had a fair start in life, given that the Mini shares most of the same good looks of its larger sibling, but there’s an immediate and noticeable difference if you look at the two handsets side-by-side: the plastic banding around the side.

Where on the HTC One the metal chassis and screen overlap part of the band hiding it away nicely, on the Mini it extends all the way around the outside edge to meet the screen and rear aluminium panel. It’s a small detail, and arguably quibbling, but it’s one that makes an overall difference to the design of the phone. When you look down at it, instead of seeing glass and metal, you see a thick white band of plastic (and glass and metal).

The screen itself I have few complaints about – it’s smaller at 4.3-inches, which will appeal to people that find it difficult to manage, or simply don’t want, the oversize handsets rolling off of most manufacturer’s production lines. No, it’s not quite as magnificent as the full 1080p (it’s 720p instead) found on the One, but that’s something quite special, whereas this is still really pretty good.

The overall reduction in size sees 5mm or so lost off the length and about the same in width, and while it’s about the same depth as the One, it hides it well with its tapered shell.

Thankfully, the smaller chassis hasn’t affected the BoomSound audio playback, and the One Mini punches well above average.

Coming with a slightly cut-back spec list in comparison to its larger sibling, one of the sacrifices that has had to be made is the processor and RAM. In limited hands-on testing I noted that the processor, while a 1.4GHz dual core instead of a 1.7GHz quad core seemed to manage well enough.

While I stand by that statement, the RAM/processor combo isn’t perfect. Scrolling is slightly less smooth and when downloading and installing 60 apps at once, it certainly hung for the odd second while carrying out other tasks at the same time. Nonetheless, it’s certainly acceptable.

Alongside getting a bit juddery here and there, installing those 60 or so apps at once while doing things like browsing the web and having a general poke around caused the rear of the phone, the metal rear I should add, to get really quite warm. Disconcertingly so. Again, while it wouldn’t stop me buying one alone, it’s hardly a feature I look for in a phone either.

In order to slim down a bit (only a tiny bit) and reduce the overall handset size, HTC had to leave out a few of the nice little extras like NFC and the Infra Red (IR) sensor. Not the end of the world, but I was a fan of the TV Remote and Sense TV on the One.

One place in which it stays mostly true to the HTC One is the camera, and I sort of wish it didn’t. While I applaud HTC for not playing in the megapixel wars with its flagship series, the Mini retains the UltraPixel approach – minus optical image stabilization. There’s still no dedicated camera shutter button, either.

Once again, while it’s not bad (and it still has the Zoe mode ) it’s middle-of-the-road performance, rather than up there with the Nokia Lumia 925/1020 at the top of the heap.

In essence, that pretty much sums up my opinion of the HTC One Mini. It’s very well-specced for what should be a mid-to-hi end priced device when it is released next month in the UK and Germany (other countries to follow) but with only a vague indication of pricing (around two contract tiers down from the HTC One, an HTC spokesman said) it’s hard to say exactly whether it’s good value for money or not.

What the handset fails to do, however, is replicate all the nice little details that gave the HTC One an edge. The plastic banding, the slightly less smooth operation, the slightly less impressive screen — it all adds up.  But then comparing it to a deliberately better specced alternative isn’t really a fair comparison, it’s not the HTC One Mini’s fault the HTC One is so good and that’s the only real problem I’ve had in the last 24 hours.

Now read: Hands-on with the Lumia 625 – will 4G LTE on a budget be enough to woo buyers?