Honor is the brand of China. Honor magic 3 phone’s launch date was announced on August 12, 2021 but this phone was officially announced on August 20, 2021. The weight of this mobile is almost 203 g. Honor Magic 3 is powered by an Octa core Qualcomm Snapdragon 888 processor. The Honor Magic 3 runs Magic UI 5.0 is based on Android 11 and packs 128GB of inbuilt storage. This phone was launched in four colors. Bright Black, Dawn Blue, Glaze White and Gold colors. In this article, we shall discuss about the honor magic3 phone price.

The internal storage of this phone is 128 GB and its has RAM of almost 8GB. The storage of phone plays an important role, because many people save their lot of memories in their phone. And this is possible only in such phone that has maximum storage. Because a phone with more storage help your heavy files to run smoothly.  This phone has no memory card slot. 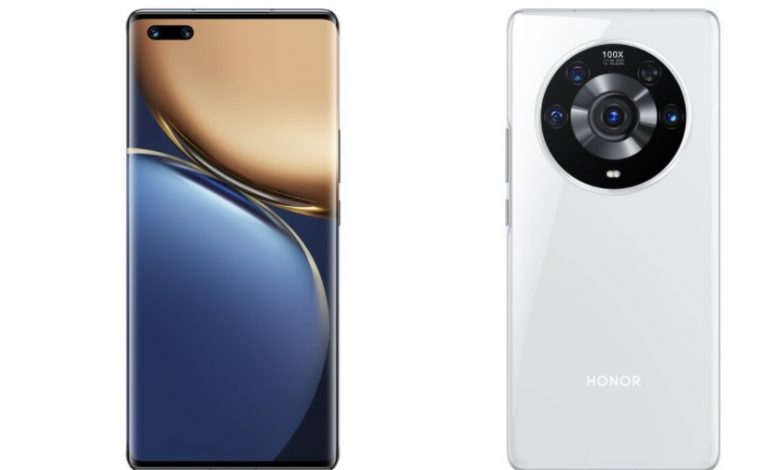 Display and screen to body ratio:

Its screen size is almost 6.76  inches. The screen to body ratio of this phone is approximately 94.9 %.  It’s screen display is a combination of almost 1B colors and its frequency is almost 120 Hz.

This phone has triple rear camera. The resolution of these three cameras are different.

And this honor magic 3 phone has a single selfie camera.

And this phone has dual sim capacity.