According to a report by Nielsen, game consoles aren’t just being used to play games anymore; they’re video watching machines too. 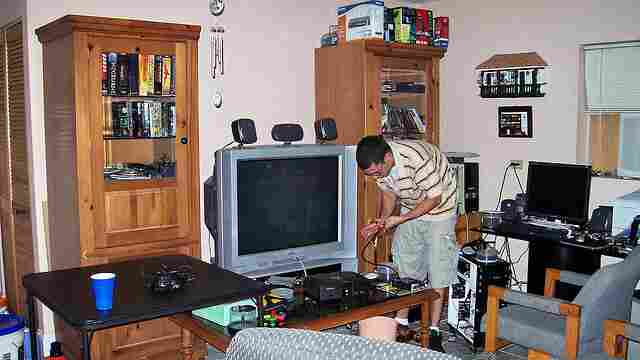 A survey in October showed that online video streaming is on the rise for the top three consoles, Microsoft Xbox , Playsation 3 , and Nintendo Wii . The Wii is the most popular video game console used for online streaming.

The report shows that 33% of the time spent on the Nintendo Wii goes to video streaming, with the PS3 at 15%, and Xbox at 14%. Those numbers might reflect the demographics that use those consoles, with the Wii being the most family friendly and mainstream.

Video streaming on the three consoles are up 7% since 2010, and all of these numbers show that consoles aren’t just for gaming, and that people are spending more and more time on them.

We recently reported the complete user interface overhaul on the Xbox, which proves that Microsoft is predicting that the console is a focus point in the living room. Popular services like YouTube, Hulu, Netflix, and ESPN3 allow for a seamless viewing experience that doesn’t require switching the console off and cable TV on.

These trends aren’t going to slow down either, because fast internet is commonplace in the home, especially for serious gamers.

RIM has announced that the second version of the OS for its much-maligned BlackBerry PlayBook tablet is rolling out today – chances are that it’s too late to do much good for the device’s long-term chances on the market though. 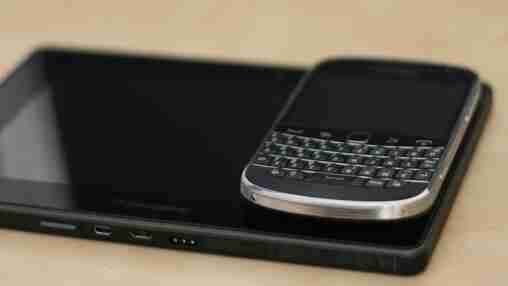 The headline feature of PlayBook OS 2.0 is an integrated email client. RIM received heavy criticism for not including a native email app with the initial launch of the PlayBook – especially as messaging is a supposed strength of the BlackBerry brand.

PlayBook OS 2.0 comes with a unified inbox that supports multiple email accounts, plus social messaging from Facebook, LinkedIn and Twitter. This social integration also extends to the Contacts and Calendar apps.

Additionally, BlackBerry App World has been updated to include a range of new PlayBook apps, including a selection of Android apps which are supported by the tablet for the first time. Support for Android is limited to say the least however.

BlackBerry Bridge, which allows PlayBook users to display apps from their BlackBerry smartphones on the tablet’s screen over a Bluetooth connection, has been updated to allow the smartphone to be used as a remote keyboard and mouse controller.

Updated document editing functions, an improved Web browser, a new Print To Go app and Video Store, and a revised on-screen keyboard are among the other updates launched with the new version of the OS.

To give the PlayBook a chance in the enterprise market, RIM has included BlackBerry Balance to manage corporate data. It’s also pushing out an initial release of BlackBerry Mobile Fusion – a Web-based interface for managing BlackBerry smartphones and tablets in a corporate environment. RIM plans to expand this to support control over iOS and Android devices next month.

BlackBerry PlayBook OS 2.0 is available as a free download today for existing users. While it definitely throws in some much-needed improvements to the tablet’s offering, it may be too late to save the reputation of the hardware itself, and its ailing manufacturer.

Airport security staff are going to hate wearable cameras, thanks to idiots like me

What follows is the story of my brush with Homeland Security today while entering the United States a few hours ago. It was all my fault, but I get the feeling I was an early example of something that staff in airports around the world will have to deal with regularly as wearable data collection devices become more common…

My plan was simple: wear the Narrative Clip (a tiny camera that takes a photo of what’s in front of you every 30 seconds – read my review ) as much as possible over the next few days to create a first-person perspective photo diary of my time at SXSW this year.

On the first of two flights en route to Austin, I decided to wear the Clip for a little while so I could capture a flavor of my journey (passable food and an okay movie – I opted for The Fifth Estate, the film about WikiLeaks). A few hours later, I was talking to a Homeland Security official at Atlanta airport as I made my flight connection, when the terrible realization dawned on me — I’d forgotten to take the Clip off.

As he took the routine fingerprint scan that foreigners arriving in the country have to provide, he asked me “What’s that little device you’ve got clipped on?” My heart sank. As a regular traveler, I know full well that photography isn’t allowed as you go through security, but there I’d been, taking a photo every 30 seconds without even thinking about it, in clear breach of rules enforced by serious-looking people who have powers like ‘stopping you from entering the country’.

I explained to the official what the Clip was and he took it away to consult with colleagues about how to handle what was no doubt as much of a first-time situation for them as it was for me.

I was fully expecting the camera to be taken from me and destroyed. After all, this was an unusual new piece of kit and why should busy US officials waste their time understanding it when I’d blatantly broken a basic rule of airport conduct? As I waited, another security official told me he was a technology fan and knew all about the Clip and its origins in Sweden, although he admitted that I’d probably have it confiscated.

How it played out was actually quite different, to my relief. The staff questioned me very specifically about how the Clip worked, whether it was technically possible to livestream images from the camera (I assured them it wasn’t) and whether it was possible for others to hack into my account to see the images.

After about 30 minutes of waiting around and being questioned, they took me away to another area where a different man made me open up all my bags. He was particularly interested in checking out the photos stored on my iPad (perhaps to see whether I had a habit of taking photos in areas where it’s banned). It felt like a little bit of an invasion of my privacy but since I’d broken their rules I figured it wasn’t worth complaining about.

“Do you think it’s funny to take pictures in an area where it’s banned?” he asked me. I assured him I did not — I’d made a stupid, absent-minded mistake (and there was no way I was getting on the wrong side of these guys). Finally, he asked me to transfer the images from my Clip to my computer and delete everything taken in the airport. I did so and was allowed on my way to my connecting flight, with the Clip safely tucked in my bag.

Before I left, I apologized for the hassle I’d caused and he assured me it was fine — he explained that they know technology is moving fast and they need to keep up with the new devices that may cross their paths again in the future.

I’d expected stern-faced, intolerant treatment from officials who wanted to get rid of an odd British geek’s weird little camera as soon as possible, and instead they took the time to understand what they were dealing with and responded in an appropriate manner.

Still, I’m not sure all airport staff around the world would be quite so understanding, and I definitely wouldn’t recommend wearing an automatic camera around an airport. I’ve certainly learned my lesson – you can’t use a wearable camera completely passively, and it should never totally fade into the background of your day; you’re still a photographer with a photographer’s responsibilities.