I never liked the Samsung Galaxy Note as a concept. All the time I was the editor of the phones section on TechRadar, it was always the irritant in the back of my mind - and I'm glad it's now officially over .

Look, I get that you might be someone who loved the Note, and I've got nothing against that. As a phone , the Note was brilliant - offering innovative specs, new designs and debuting high-end features.

Nor do I think Samsung made a bad business decision - the Note 10 breaking sales records just a few years ago shows that it gradually made the Note series into something more popular than the Galaxy S phones.

But I always wished the Note and the S series were more closely aligned.

Back when the first Note was launched in a German conference hall in 2011, I was intrigued. I loved a powerful phone. I thought the S Pen (which was definitely not, and never has been, a stylus, according to Samsung) could be a useful extra. The launch was a nice, curious moment, a bizarre oddity when Android smartphones were still a pretty new thing.

Then a few people started to get really excited about the Note series, and the S Pen, in the same way some people still wake u p weeping about how phones will never have a BlackBerry-level physical keyboard stuck to the front.

But the S Pen, as a flagship feature began to bother me about the Note series. I tried these phones extensively, and while I adored the big screen, extra power and cool little widgets, I couldn't get on board with the little pen locked in the side.

It felt nothing like writing on a pad. It was like trying to write with an oily pencil on the back of a wet window. I already have bad handwriting - I don't need to make it more unintelligible. I know some people have created really interesting mobile art, - and we've got cool videos of speed sketching on it on TechRadar -  but for me, it's taking notes (hence the name) that's the primary reason to use the S pen. 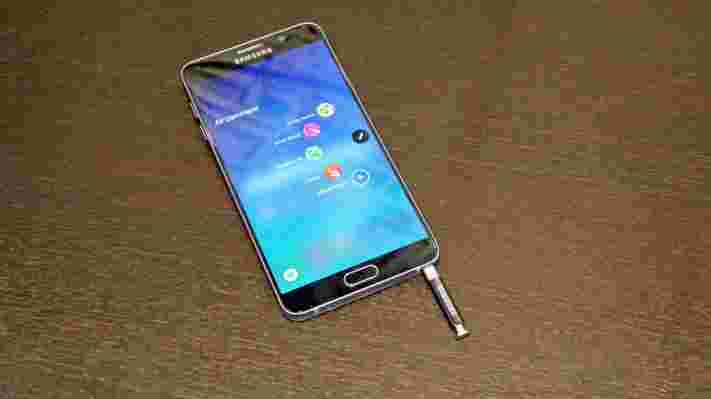 I just kept forgetting the clicked-in writing device was there, and forcing myself to find out what it could do felt more like a chore - it just didn't solve a smartphone problem that my finger couldn't achieve.

I'm not saying that it broke or kept falling out (although there was that face-palm moment when if you inserted the S Pen backwards in the Note 5, which was very easy to do, it would get jamme d), but it kept getting more features that invariably didn't feel useful.

Air View, where you hovered the S Pen over the screen to access more tools, cutting and slicing of documents and images, instant notes on the front screen with greater pressure sensitivity - look, I'm not against all these things, but if using the Note isn't not going to feel like a pencil, then scribbling words or handwriting recognition is out for me and the other features just never inspired.

As a tool, the S Pen was fine. I didn't find the use for it, and if the Note had just been a powerful, business-focused variant of the Galaxy S series, it would have made sense for me, rather than having a standalone event later in the year.

This love of the Note series by a small section of the smartphone-buying public brought another conundrum back in 2011 - how do you review this thing? It's designed for people that love a little stylus with their phone - and for them, that takes this from a good phone to an excellent, five-star, can't-be-beaten model.

That left me tearing my hair out. If it's a five-star device, then surely it should be one of the best phones in the world. It's the best phablet , sure, but it definitely wasn't the best Samsung phone out there... for the average person in the early 2010s, it was too expensive and too big compared to the mainstream devices.

Don't get me wrong, buyers having choice was, and is, a wonderful thing, and I still lament the demise of BlackBerry and Windows Phones to compete with Android and iPhones.

And as our current ranking shows, the Galaxy S21 Ultra (and soon to include the S-Pen wielding S22 Ultra) is now atop the listings, as Samsung cleverly predicted big phones would eventually be better. But in the early days of the Note, when smaller phones were in fashion for most, it was a tough call.

Another thing that annoyed me was the timing of the Note launch each year - too close to the flagship S series and too similar in purpose.

Six months is never enough to let a smartphone 'breathe' in the market - Sony and OnePlus used to launch two flagship phones a year, a process that eventually proved too much and it stopped in favor of focusing on a yearly upgrade cycle.

Would the Note have a superior screen to the year's Galaxy S? More power? Would the S Pen finally be good enough to be a mainstream tool? Invariably, the answer would always be 'sort of', and I always felt it lowered the impact of the S series.

Then Samsung would do weird things with the Note - such as not bringing the Note 5 to the UK as it wasn't dubbed as 'productive' a region , and yet bringing out the Note 6 and subsequent models. 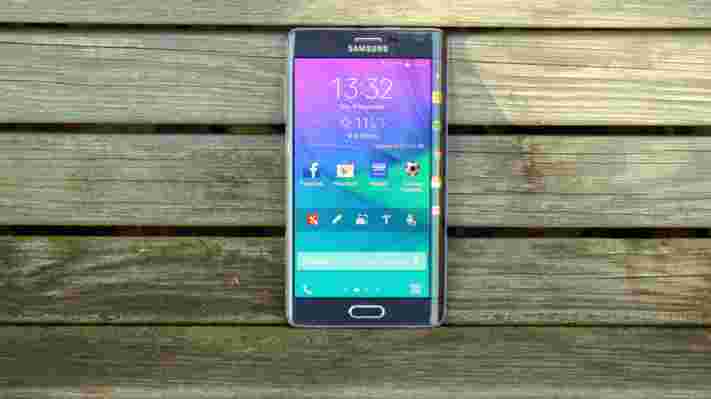 (There was one oddball exception: I did love the Note Edge , but that was because it was one of the first devices that had a curved side - that was pretty cool, but the fact it was a Note device didn't add to it in any way. It was just a good experiment that eventually came to most Samsung phones.)

The most annoying Note moment came with the Galaxy Note 10 - it turned the S Pen into a magic wand, packing a six-axis motion controller meaning you could, theoretially, turn the Note into a Switch rival .

But instead of adding in some cool games and revolutionizing what the Note was for, it was all actions in the air. Cool, but nothing that really stands out as hugely useful - more technology for technology's sake.

End of an era

And now what we all knew was happening has been confirmed : the Note is dead, and it's morphed into the Galaxy S Ultra.

This makes so much sense. The Note should have always been part of the Galaxy S line as the more powerful member of the family (like it is now). An S Pen variant with higher, more experimental specs - I get that. There's finally choice at the right time of the year.

And with the Note vacating the August release slot, now we can enjoy new range of flexible phones instead coming as part of Samsung's mid-year launch.

The Galaxy Z Fold 4 and Galaxy Z Flip 4 will (very likely) be clear, differentiated models from the S series. That makes sense. It's a great alternative for those bored of the iPhone just before the new model comes out. Nice. It's so much neater.

I know that there are many, many Note fans out there who are despondent at this news, that the confirmed shuttering of their beloved large-screened device, will be a sore point. There are more than a couple of them on the TechRadar team alone, people in love with the larger, more powerful screen and the S Pen.

To them, I say, check out the Galaxy S22 Ultra . It's a brilliant phone that's a Note in all but name and will give you all you need and more - and I doubt it will be many years until you'll have a Note-level experience in foldable phones either.

But the Note as a standalone device has had its time in the sun. Through the years, the S Pen evolved, sure, but never in a way that I thought was enough to warrant the fanfare of its own launch.

The Note idea was fine, but big-screen phones are everywhere now, and the Note should just be a curiosity from years ago.