The term ‘modular tech’ used to invoke thoughts of synthesizers from the 1970s. Now it’s making a comeback, not least because of Google’s Project Ara smartphone . Beyond that though, there’s Mighty Cast’s upcoming Nex Band . 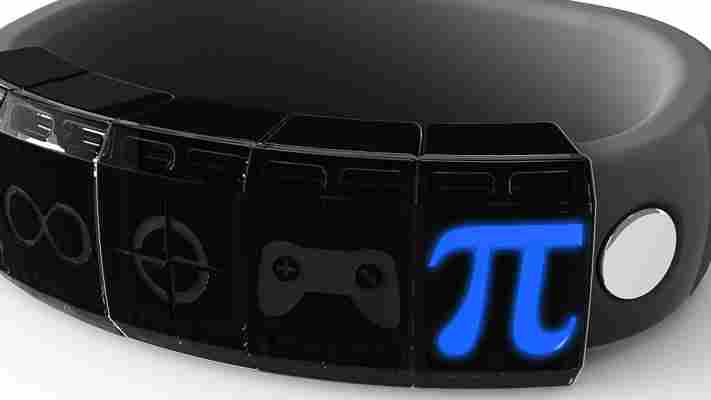 Aimed at teenagers and young adults, the Nex Band is a charm bracelet that communicates wirelessly with your smartphone via Bluetooth LE. Its capabilities depend on the modules (‘Mods’) that you attach to it. So, perhaps you might want notifications from your favorite social network, the ability to share proximity information with your friends or extra power-ups for a mobile game.

Different Mods are loaded with their own abilities, and you can have up to five Mods plugged into your Nex Band at any time. A neat touch is that if you give away any of your Mods, you’ll be able to track their ownership status in the future, and see how far they’ve traveled around the world. Mods interact with a dedicated Nex smartphone app, but third-party developers will be able to work with them too.

Priced at $99 (or $49 for early pre-orders), the Nex Band is set to ship in Q4 2014. Mighty Cast is going for a ‘razor blade’ model, where the band is relatively inexpensive in the hope that owners buy lots of Mods in the future. There’s a fashion element too, and a range of branded Mods are planned, in collaboration with a number of partner companies.

At SXSW in Austin, Texas, I caught up with Mighty Cast’s CEO Adam Adelman to find out more about the wristband he hopes will become a major youth trend. You can listen to the interview below.

The wait for one of the most hotly anticipated Android devices in recent months is nearly over. Verizon has announced that the Galaxy Nexus 4G LTE will be available at Verizon stores in tomorrow, December 15th for $299. 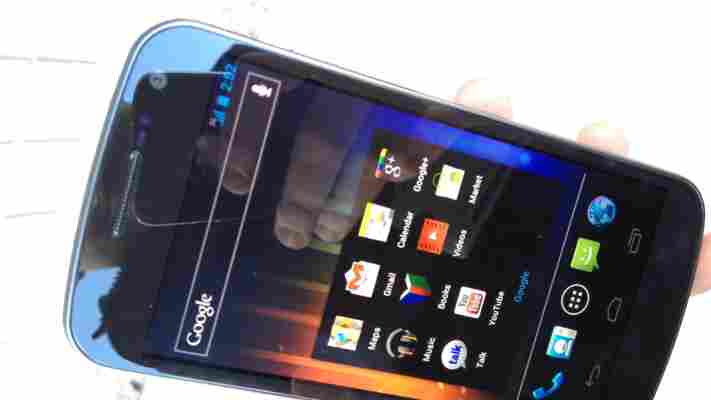 That is, of course, an on-contract price for the device, which Verizon will deck out with mobile hotspot service for an additional $20.

On top of that, it will include 1GB of RAM, 32GB of storage, support for NFC, a 5-megapixel camera with 1080p HD video, a 1.3-megapixel front-facing camera and will be 4G LTE equipped on Verizon’s network.

Be sure to check out our full hands-on with the device here , to wet your whistle. The Galaxy Nexus went on sale in Europe on November 17th .

Baby got tech: Today’s children growing up in a world of gadgets

I’m not the cluckiest hen in the coop and nor do I have children, so you’d be unlikely to find me cooing over babies in Nappy Valley . However, lately I have changed slightly and it’s children’s interaction with technology , as usual, that is leading the way. 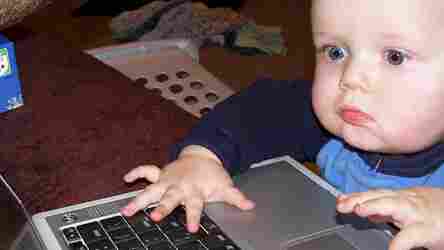 A quick straw poll this week showed me that many of you also find that your kids are intrigued by computing. So was I, when I was maybe seven, but your tiny prodigies are now exposed to new technologies much earlier as the following examples prove.

To start with The Next Web family has many young ‘interns’ and it’s not surprising that with tech writing parents, they get to try new things.

That’s Matt Brian junior, just making a call to his broker. You can see there that the gestures are already well practised; one hand to steady the machine and one finger poised for swiping through to the NASDAQ and checking the latest global headlines.

The mobile device appears to act as a pacifier in more than one way though. If you can handle your spotless touch screen getting covered in slobber, you may find that the form factor is precisely the right shape for teething tots. (We don’t recommend this as a use case.)

Bryony Stewart-Seume is in London and her 8 month old daughter Lily has taken to mobile technology in particular as you can see here:

After recoiling at the thought of anything eating my phone, I realised there is also a large difference between people who have kids and those who do not. As a parent, all your base are belong to your kids too, so being precious about technology sounds like an ongoing battle.

It seems that experienced parents are accustomed to this arrangement. Y. Konstantakopoulos on Twitter told me, “My son is almost 6 months old and he loves his iPhone 3G. It used to be my old phone, now it belongs to him. It’s been a month or so. He likes music and YouTube.”

If you had family overseas as a child, you may be able to cast your mind back to those times where you breathed heavily down a crackly line to your grandparents or aunts and uncles. It was tricky. You had no visual focus and being on the phone at a young age, you’d be distracted by the space around you rather than tuning in on their call.

These days kids can see their family over Skype or other video call programs. Here’s the Brian family talking to the folks further afield on an iPad:

With technology happening so naturally around us, it’s not a surprise that Matt’s brood are not as amazed as we are with video chats on an object smaller than a breakfast box. They have not climbed the curve that we have to get to this wonderful place, so it’s much easier to take it for granted. Portal with Grandad on it? Yeah, no biggie.

Tiffany Baker lives in Australia and she has a 10 month old son. He uses Skype, under supervision, and is also clued into the TV. She says, “He enjoys Skype, I think because he can see himself as well as the other person.” Compare this with our generation, I had a 72 vinyl record (as your parents) that had a recording of my Aunt and cousins on it and our own Jon Russell remarked, “When I lived in Asia my grandma used to send me cassettes…all change.”

Another change that comes with new technologies is the love of new characters. When I grew out of Beatrix Potter books (maybe not entirely) and took to television, the space legend Ulysses 31 and his intergalactic adventures ruled my mind, along with the slapstick antics of the Warner Brothers animations.

Though I have yet to meet a toddler who is not friends with Thomas the Tank Engine, there are new icons in the creche. Can you see who Robin Wauters’ nipper is playing with here?

That’s right, your commuter friendly pigs and birds have not only conquered space with NASA, but they’re also popular with munchkins too.  Jim lives in London and has experienced the take over of Rovio’s famous feathered friends,

Smartphones with high colour graphical interfaces clearly attract ankle-biters as much as they delight us, but I’m not so sure that they are bothered with the retina display. This could mean that kids have it right when it comes to technology, they want it to work quickly and they don’t want the battery to die while they are using it.

Maybe the views of children should form more of our future gadget design.