Skip to Content
Home Samsung Love books and hate carrying a wallet? The BookBook iPhone case is for you
Henry Birch

Twelve South has a history of making very well thought out cases and stands for iPhone, iPad and Mac. The BookBook for iPhone is its attempt to shrink down the success of their book-inspired cases for the MacBook and iPad into something that you’ll want to carry around in your pocket. 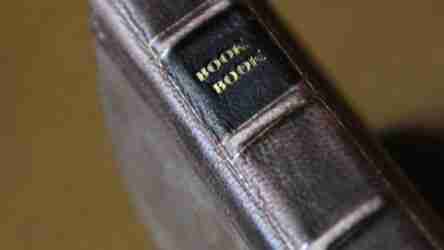 It is successful for the most part as the BookBook is really a gorgeous case, with a lovely stitched design, pleasant detailing and a patina that has only gotten better as I’ve scratched and scuffed it during my testing. Not all is perfect though, as there are a couple of niggles that keep the BookBook from getting a perfect rating.

The BookBook is a case for your iPhone 4 that emulates a small leather-bound book. It’s incredibly successful at this and the detailing is off the charts good. The spine is formed and stamped to create the traditional spine enforcement of a vintage tome. The ‘BookBook’ logo is stamped and gilded instead of just being printed on. A mixture of textures, weathering and variegation in the staining all speaks to the commitment of Twelve South to going the extra yard to sell the idea of the case as a book.

On the inside, the case has a holster for the phone on the right and 3 card slots on the left, including a plastic window for an ID. There is also a pocket for cash behind the slots, with the opening close to the spine.

This is where the first catching point of the BookBook raises its head for me. I have my phone out a lot, especially while waiting in lines or in public places. I’m really uncomfortable with the idea of my ID being exposed to the public the entire time I have my phone out of my pocket. So I ended up flipping it around with the back showing through the window. This worked absolutely fine, making this a small issue, but a window just isn’t all that practical for anyone who takes their phone out a lot in public.

The cards fit comfortably in the BookBook and it has no problem sitting flush when you have it face down. But when it’s face up, the cover has a tendency to lift up, never laying completely flat. I worked the case back and forth a bit to break it in and that seemed to help, so who knows, further use could fix this problem.

If you’re going to be using the phone then holding it with the cover wrapped around backwards is the easiest position, especially while typing with your thumbs. This makes it hard to type one-handed on the device as it tends to flip upwards on its own, although two-handed operation is quite comfortable.

The holster on the right hand side is made well and stitched tightly. I had no issues with tearing or looseness that made it seem poorly constructed. All ports and buttons are easily accessible, except for the mute switch, which is obscured slightly by the leather of the casing. There is a nice pull tab at the top that allows you to get your phone free quickly.

Despite the little issues I had, the overall usage was great. It protected my phone from some minor tumbles that it had quite nicely. The feeling in the hand is great as the material choices are really solid throughout. The suede backing of the case means that the glass back of your iPhone won’t get scratched easily.

There’s also the psychology of using what amounts to a miniature hardbound book. It’s great for reading, of course, which I do a lot of on my iPhone. It’s also a great conversation piece as I couldn’t take it out anywhere without getting curious inquiries about it.

I feel that if you’re going to be interested in any of these small iPhone cases that mimic the look and feel of bound books or notebooks, then the BookBook should be high on your list to consider. I’ve tested others that I liked very much as well, but none of them had the great supple feel and smell of leather, along with a massive amount of attention given to detailing.

Everything from the patina of the cover to the feel of the spine in your pocket makes the BookBook stand out as a great way to combine your phone and wallet into a package any bibliophile would love.

The BookBook is available from Twelve South for $59.99

HTC looks like it’s gearing up to take on the iPod Touch with an Android-powered personal media device equipped with Google Play, according to a patent submission spotted by Patent Bolt [ via Cult of Android .] 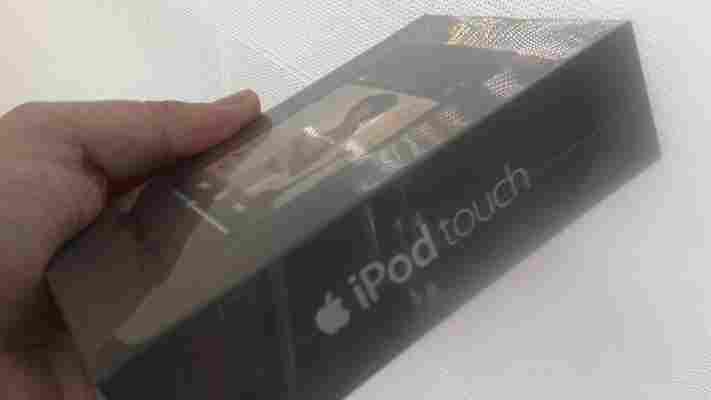 The patent, which was filed in Q1 2011 and published by the US Patent and Trademark Office this month, makes no reference to mobile network access or other phone features, pointing to the design being for a media player rather than new smartphone.

Boasting an inbuilt kickstand and stereo speakers at each end, the HTC patent is a touchscreen device to rival the iPod Touch, a feat attempted by many with little success.

Google recently introduce ‘Play’ in a bid to better organise content for its Android operating system and extend its push into storing and providing apps, games, movies and other content via the cloud. On paper the move makes a lot of sense and, given the market lead Android has over its competitors, Play will serve a huge audience.

The question is whether it can go from simply being the system that users get when they buy an Android device to an appealing feature that encourages smartphone owners to make their next device an Android one.

Certainly this HTC device could be an interesting test of the water, if and when it comes to life. HTC will be hoping that it performs better than Samsung’s own Android-based Galaxy Player. 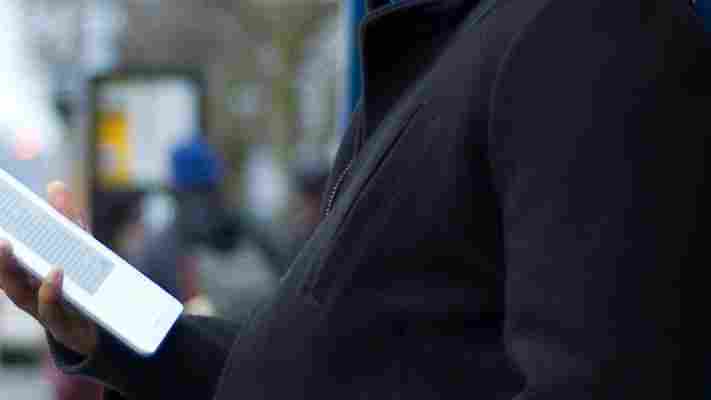