Skip to Content
Home Huawei Soul by Ludacris: Dre and 50 Cent get schooled in how to do headphones right
Henry Birch

If you’ve been paying attention lately then surely you’ve seen the fact that celebrity endorsements for headphones are all the rage. Beats by Dre, SMS by 50 Cent and more are flooding the booths here at CES. The problem, however, is that either these music celebrities have had nothing to do with the design of the headphones, or they’re just deaf. There’s simply no other reason for the headphones to sound as bad as they do. 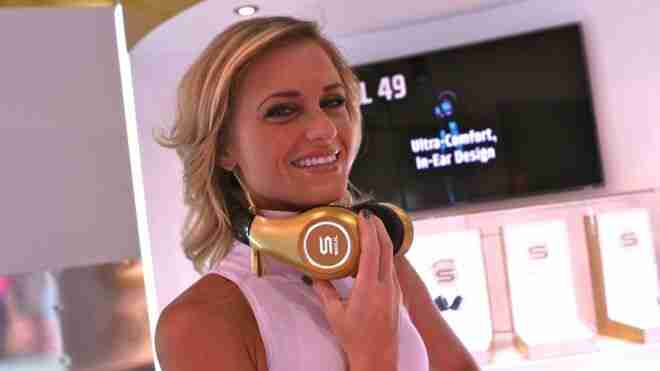 Beats by Dre are sloppy, over-emphasized on bass and they’re a complete ripoff for their price points. SMS by 50 keeps that sloppy factor, with drivers that you can hear flopping around inside of the compartment and highs that are so overdone that they’re painful.

Enter Soul and Ludacris . I’ve had high hopes for this line of designer headphones since they were first announced. After finally getting an ears-on with every model I’m convinced that they’re everything that they’re cracked up to be, with only a couple of minor quibbles.

There are 5 models, in all, ranging from $69 to $299. Every model is designed to work with the iPhone, meaning that they include in-line buttons for answering/ending calls, as well as music player control. The cables on all models are well-made, thick and flexible, terminating in a gold-plated connector. Each of the on-ear models features a folding mechanism, keeping the Soul line readily packable. As for the specifics for each model? Here you go:

Individually, I was exceptionally impressed with the SL99 in-ear model, as well as the SL300. At a mere 30 grams, the SL99s were able to reproduce accurate sound across a wider range of frequencies than almost any in-ear monitor that I’ve ever heard. The only ones that have trumped them, in my experience, are Shure’s prosumer models, with prices that are more than 3x that of the SL99.

The SL300 model employes active noise canceling, powered by a pair of AAA-size batteries in the right ear cup. Fortunately, even if the batteries run out, the headphones will still work in passive mode. Unfortunately, and in a fact that’s difficult for me to explain, passive mode on the 300 model doesn’t sound nearly as rich and full as when the noise canceling is active. Chances are that Soul has employed some frequency boosting with the noise cancelation, and this is glaringly obvious when you flip the switch.

We had the chance to sit and talk with Soul CEO Bob Bonefant, as well as Ludacris himself. Both were emphatic about the musician’s role in the design of the headphones, Ludacris stating that “I’ve been involved at every step”.

You can read more about that, and watch the full interview, over here. For now, just know that Soul and Ludacris have done some incredibly nice work with the different models and they’re the first “endorsed” headphones that I can feel comfortable recommending. In fact, I’m buying the SL99s soon, and probably the 300s shortly thereafter.

Scandalous! Samsung steals girl from Apple’s ad for its own. Watch…

Considering Apple and Samsung’s recent battles , this is rather amusing. 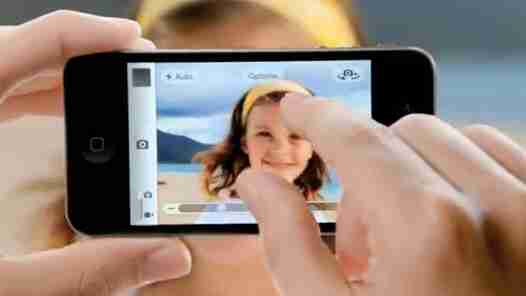 Two ads, both featuring the same little girl with seemingly equal passions for both the iPhone 4S and Samsung’s Galaxy Tab. Each to their own I suppose…

Did Samsung intentionally plot this to mock Apple? Samsung’s ad is unashamedly similar to your typical Apple ad.

Watch for yourself, coincidence? (Thanks Cheryl Lindo Jones )

Has the ship already sailed for controlling Windows 8 with Kinect tech?

In October Micosoft will release what may its biggest gamble ever with Windows 8. The new OS will stretch across desktops, laptops and tablets, including Microsoft’s own Surface tablet (another big gamble – unless perhaps it costs $199 ). 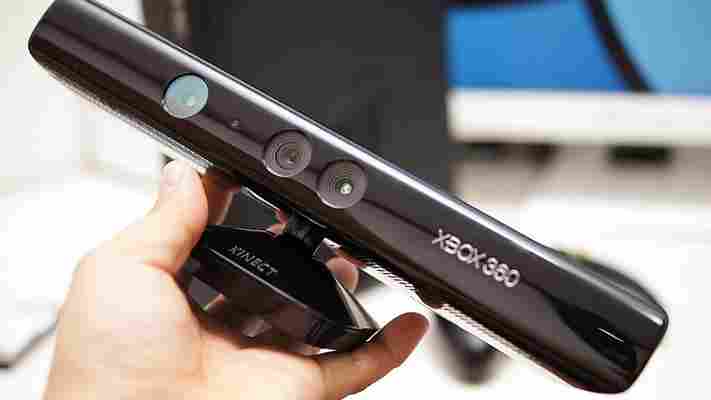 Windows 8 Phone will also come out (perhaps earlier than Windows 8 ), and there will most likely be some updates to the Metro Xbox 360 experience (or is this called “Windows 8” too?). Microsoft will also be introducing the SmartGlass app that works as a second screen, and will be offered on iOS and Android.

Windows 8 is a touch-centric OS, and beyond tablets and smartphones, the value for many may decrease unless Microsoft can supply controls that can replace a touch screen. If you’ve used the previews of Windows 8 on a laptop or desktop, you might very well be of the opinion that the OS doesn’t feel right somehow with keys and a traditional mouse. To this end, Microsoft has already announced a new mouse that offers greater touch interactions for desktop and laptop users, as well as a bluetooth keyboard that has shortcut keys.

For Windows 8 really be innovative on traditional PCs, however, the motion and voice controls offered by the Kinect could be key to success – but has that ship already sailed at this point?

The combination of the Kinect for Windows SDK, the dedicated controller and the swipe-friendly Windows 8 interface has made many excited at the app possibilities that the combination of Kinect and Windows 8 may bring. Microsoft’s motion sensor controller has sold 18+ million units in the year and a half since it launched.

According to Wikipedia, there have been 125 Kinect enabled Xbox games to date, with dozens in the pipeline (though there really hasn’t been a real “hit” yet). There are also hundreds of Kinect hacks that range from robots to advertising to medical applications. Spurred on by all of the hacks, Microsoft released an official Kinect for Windows SDK last year (now in version 1.5 ), as well as a separate Kinect controller for PCs.

However, even if a number of third party applications come out that allow users to interact with Windows 8, they will have a hard time finding an audience unless at least one of these happen:

If much smaller Kinect cameras and sensors are indeed headed our way in the near future (we’re probably further away from having the equipment embedded in laptops or tablets than we are from a more webcam-sized external Kinect) at that point Kinect applications and possibly Windows 8 controls could come soon after. But if this chicken and egg effect takes too long and the smaller Kinect hardware doesn’t get to market until Windows 8 has been out for awhile, the Kinect may not ever end up being a PC controller — because by then, Windows 8 might be completely dominated by tablets.

While there is really no way at this point to know how any Windows 8 tablet will sell, let’s make a large assumption and say that the Surface and other Windows 8 tablets will succeed (Microsoft may already be working on the next generation of Surface tablets). If Windows 8 tablets do very well in the market, and the adoption of the overall tablet form factor continues to greatly outpace traditional desktops and laptops, we could very well get to the point where consumers truly feel that tablets can completely replace desktops/PCs even faster than many have predicted.

If so, then meaningful Kinect integration with Windows may never come about unless Microsoft can figure out a way to convince us all that moving our hands while not touching our tablets makes any kind of sense.

P.S. No, we haven’t forgotten about Leap Motion , which is another challenge against which the Kinect will have to face, though for the time being, its homegrown competition is the bigger leap it needs to make.